Last year at Google IO 2012, Google captivated the world with Project Glass by jumping out of a blimp, skydiving, and then cycling into the Moscone Center in San Francisco, all while wearing Glass. IO 2013 didn’t have the same type of shock and awe presentation, but that doesn’t mean a lot of amazing announcements didn’t come out of IO13. Not only was IO13 was great for Google Glass announcements, but this was also the first time that IO12 Explorers on this scale congregated together since signing up for Project Glass nearly a year ago. 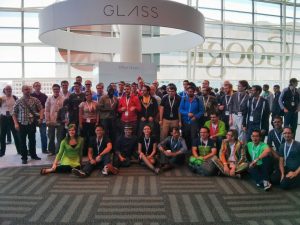 Besides group photos, apparently doing a #HadoukenGlass was very popular this year. 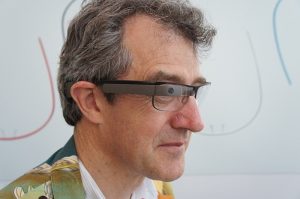 During the conference, Google showcased a number of Glassware applications from well-known sources. Some of the applications include CNN breaking news alters, Twitter, Tumblr, Evernote reminders, Facebook posts, and articles from Elle Magazine. These new additions coupled with The New York Times, Google+, and Path should give current Glass Explorers a nice rounded suite of applications to help them fill their timeline. More and more Glass apps are on their away every day, coming from talented Glass developers. By the time Glass reaches consumers, there’s bound to be hundreds and hundreds of applications available. 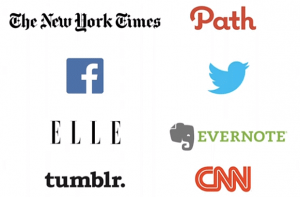 As we all know, Google IO is a developer conference. So, without further adieu, here’s how you can get started developing for Glass.  Below, we’ve included all 5 Google Glass sessions from IO 2013 for your viewing pleasure. Now that you have the tools, follow Larry Page’s Keynote advice. Develop something completely unimaginable.

Fireside Chat with the Glass Team